I feel for his family, for his associates, for his country. 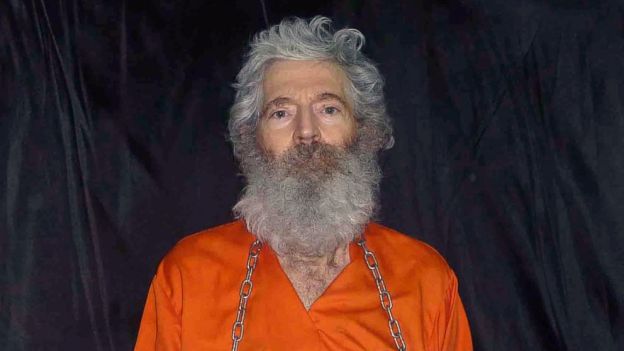 I saw the interview by Larry King of Mahmoud Ahmadinejad back in 2010 and ‘jad clearly states Levinson broke a law. He referred to lawbreaking atleast 3 times. King went to break and came back without asking the one question he should have….

“What law did he break?”

Also during the ‘interview’, the female translator skips or has difficulty with a segment of Ahmadinejad’s answer. I suggest people look at that interview and watch and listen to how smoothly she translates what he says…up until that point.

go to 4:00 and listen as she stumbles… She doesn’t break like that for a long time when compared to the rest of the interview. He said something she tried to rephrase.

But whatever the case may be… Levinson has been held too long. And the longer he’s held, the more it looks like he was there doing something that the gov’t can’t acknowledge.

Ofcourse, that could be the ploy from Iran to begin with. Here they have a actual gov’t agent… not just a skier or a hiker…. but a real live agent of the US gov’t. Iran is all about propaganda victories. If they could have gotten a confession or something from Levinson, they would have… all they have is some photos of him holding signs. Hardly a ‘confession’.

Whether Levinson was on a mission (“disappeared while working”)… unlikely given his diabetes, hypertension, etc (if true), is irrelevant now. What is relevant is making his family whole again.

2 or 3 yrs ago his captors sent a video of him as ‘proof of life’. In it he stated he was almost out of meds and expressed emotional anguish that 33 years of service should mean something.

This is a black spot on the administration and our gov’t. He is one of our own. I can only recall what transpired back in 1980 after only 444 days…and what should happen now.

Pressure our gov’t to have Bob returned home. If he commited a crime demand Iran state the offense. Is he being held like the ‘enemy combatants’ in Guantanamo? Then declare him an enemy combatant.

God Bless you Levinson family. You deserve better. Much better